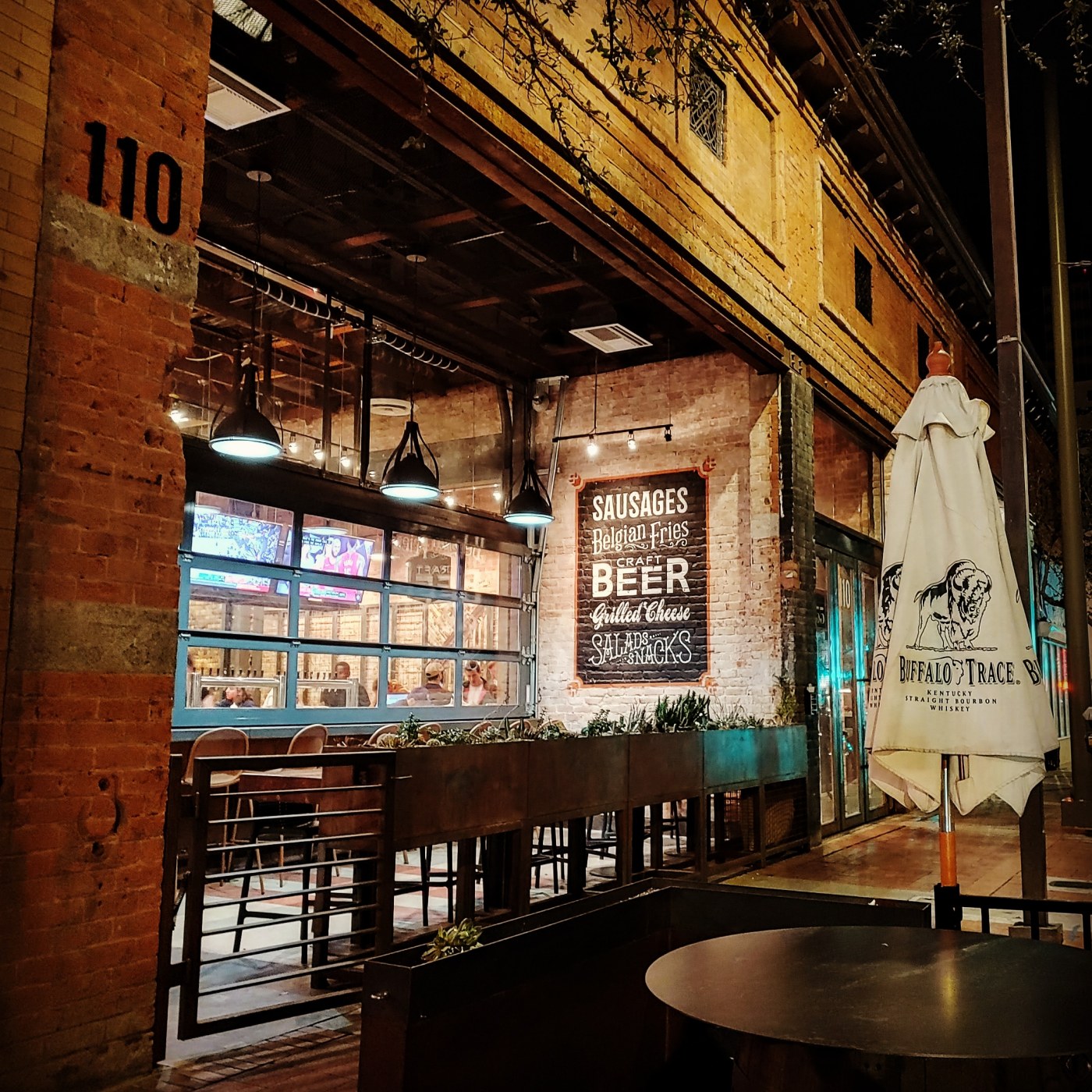 I may just be a bit too old for the Tucson nightlife. I’m definitely too old for the cold which descended upon us last week and forced me to wear boots and a sweater to dinner. I had a couple Warsteiner Pilsners before I left the house because I was really feeling my German roots and was super excited to have some authentic German food.

Ten55 Brewing and Sausage House looks great inside with the brick and the benches. There were quite a few hipster beards wrapped in flannel, though, so my GenX avocado toast avoidance alarm bells were sounding. The Pork Schnitzel Sliders were good, if a bit dry, but I love purple cabbage and the dijonnaise saved the day. It’s really awkward to eat there with a group and have to order at the bar. It’s also awkward for your friend who chose to drink water to schlep on over to the water bar. Like, say what now? My main issue was I was craving bierocks and they are not to be found in Tucson so I was just going to be disappointed. It really wasn’t the food’s fault.

So then I ordered shots containing Pop Rocks in some alleyway bar behind Johnny Gibson’s Downtown Market. I was like, “Where am I and what am I drinking?” I don’t remember seeing a sign and sort of questioned whether it was a licensed establishment for a sec. That area kind of has a flea market feel to it with the outdoor seating and heaters. Turns out it was HighWire Lounge and I am definitely not in their target demographic. I would tell you more about the shots, which I think they call Molecular, but I can’t be sure because they can’t be bothered to complete their website.

We then proceeded to Batch Cafe & Bar, which is a bit more grown-up. I had The Stud doughnut with bourbon caramel Bavarian creme, dark chocolate, and chopped bacon. It went perfectly with a couple ounces of Jameson neat. Honestly, I didn’t notice any bourbon in the creme but that is likely because it wasn’t our first stop. I could do some serious diet damage in that place. We sat outside so we could critique the surprising number of drivers who attempted to parallel park in front of Empire Pizza on Congress. Is your pizza so damned important that you feel the need to hold up downtown traffic on a Saturday night? How rude. To be fair, though, we gave the successful parkers generous rounds of applause, which I’m sure they appreciated.

I’m still very confused about the next place. The Owls Club has a terrific drink menu but the seating is extremely limited so we left. Old people need to sit while doing the drinking. In retrospect, I’m not certain I could have remained on one of those wooden pews long enough to finish a drink. My back hurts just thinking about it.

We spent a while searching for some of the murals on my map but it seems they have been painted over at some point. Here’s a metal bird instead.

We finally made our way to Scott & Co, which is connected to 47 Scott. It was completely packed and their cocktail menu is quite extensive so I had a Kölsch-style beer and called it good. I just wasn’t in a place mentally to study for an exam at that point. This is one of those places that you need to revisit when the weather is warmer and college is not in session. I want to try all of the ancient cocktails. Someone carry me.

One thought on “How Old is Too Old?”